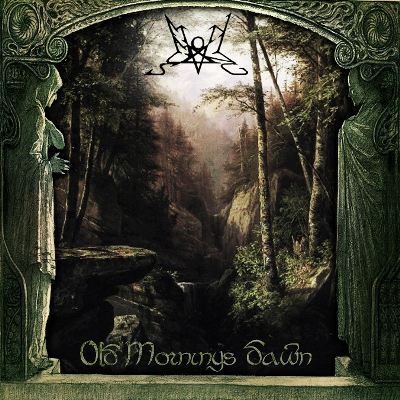 Seven years after highly rated Oath Bound masters of epic tunes from Middle-earth and beyond have returned, once more, to conquer and to claim the throne of the finest epic black metal bands with their majestic, most excellent tunes. Austrian based duo, eccentric Silenius and more romantic Protector, have delivered, one more time, a marvelous piece of work inspired by tales and stories from various Tolkien’s novels and books.

Summoning’s new offering Old Mornings Dawncontains 8 tracks written in the best possible way. Each song is a well-crafted jewel and a tale for itself. As it was the case with previous issues, their latest material, is also based on multi-layered keyboard’s lines while the guitars play more a second role. Most of melodies written and performed on keyboards are very epic, bombastic and dramatic/melancholic as well. On the other hand, guitars are much rawer comparing to Stronghold (1999) or Let Mortal Heroes Sing Your Fame (2001) era. During the listening, to a new stuff, I was having a feeling like I’ve been returned toMinas Morgul (1995) or Dol Guldur (1997) times. The finest example for this is a marvelous track Of Pale White Morns and Darkened Eves.

Some of the songs have a new ideas like Caradras, but also there are others like Old Mornings Dawn or Flammifierwhich are based on classic Summoning’s style. Of course, just like many times before, most of the tracks are quite long, which has become a trademark for this band throughout all these years. Their structure is based on slow, but constant building of the atmosphere. Some songs has this battle-like elements (huge choirs, fanfares and alike), but also there are some of them with more dark-romantic approach like The While Tower. This time lyrics were centred around the tale about Eriol/Earendil the mariner or they are based on some really old Tolkien’s poems coming from the early years of writer’s career (when he was  battling during WWI). In a way, the entire atmosphere that surrounds this album has a kind of that WWI feeling: holpless, death, filled with ever-lasting sorrow. I could go even further and say that Old Morning Down is one of the best works, if not the most matured record ever written by Summoning, since every song has its own place and plays its own role. One thing is for sure: this is very seriously written material!

As a matter of fact we could conclude that alongside with British-based Bal-Sagoth, Summoning are the leaders of epic black metal style. All other bands are just imitators and followers, but those two bands are the true masters of the art! Highly recommended!