As a matter of fact Nemesis Divina is one of the most important albums when it comes to black metal. It was very important record at that time for Satyricon, but also Nemesis Divina was a big step forward for the entire genre. Perhaps 1996 and 1997 were the breaking point, a period when black metal took the metal scene like storm. During Summer Breeze 2016 I was able to meet with Frost and to one interview in which we have talked about that particular time when everything was still in forming and shaping…

Obviously the first question is about the re release of Nemesis Divina and the playing actually of the entire album. So why did you choose to play the entire album, I mean this is great idea, but what about your point of view about that?

Yeah well it’s our decision so obviously, we’re ok with it. It’s not meant to be retrospective really, and we don’t really feel like focusing on the things that we have done before, rather than what we’re currently doing. We want to bring the band forward and what is ahead then becomes more important than what is behind us. Still, 20 years anniversary for an album has meant so much for Satyricon and it represents what it does for fans. I mean like, Nemesis Divina is the album that really took Satyricon out there, the first album that we toured with and really opened many doors, perhaps because the album first showcased that conquering spirit of Satyricon which we’re really all about. And hence, we thought that, it feels right to actually honor the album and It’s legacy and what it means to us and our fans, and if we were to record the album we will do it properly. Like either we do it properly or not at all. So we will re-release the album and really put it back into focus and we will perform the whole album live on some selected shows because it’s the music of the album that it’s all about. Legacy as a live band begins with that album. So it just felt like a right thing to do, we didn’t really need to analyze it much or need much about it. We just thought, we’re gonna do this, and although that focus on new material we’re writing

Kind of a personal question. It feels completely different time now we have 20 years ahead, how does it feel to bring the spirit actually for you personally, that time it was different, now to perform all these songs. Do you feel anything particularly, not so, to say special, but different, you know, when you play these songs are kind of transferring this period of time as well?

I certainly do. I connect with that intense spirit of the album and also kind of useful wildness. I mean, we composed songs in different ways, there are lots of things that we still haven’t learned and still haven’t brought into Satyricon. You know that, raw untamed energy, you don’t really analyze what you do. At that time we have structured the songs in ways we would never have done today. But still, you know, it kind of works. Especially with performing songs like, done in a new age, it’s just very, very intense and wild, and very raw sound. I feel that kind of energy is very different of what we’re doing today. And that’s quite rewarding, I like that. And with the songs like Immortality Passion I feel that, you know, epicness and that grandness, which is a very different kind of how is epic and grand today. What I also like are the songs we could only have made in that point, you know, think of those jewels and really feel what they are about, because you do that when you play those songs live. And I like it. I just feels very wrong to do it a lot, but to do those huge shows where we performed Nemesis album in totality is actually a project I kind of like. 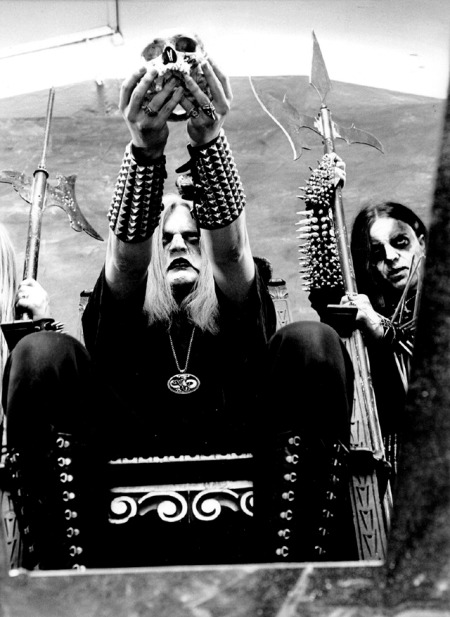 You have been called to play on several festivals, you know when it comes to Nemesis Divina, but do you ever think about some more intimate shows, with fewer people, maybe to pick up, not only the festival shows because this is much bigger public etc. Do you ever think about that or only just bigger shows, bigger festivals?

Yeah, we did once such show, which was first of those Nemesis shows, which was very important to us. We did that show in Rockefeller, the very same venue in Oslo where we performed live for the very first time 20 years ago with the Nemesis Divina album. So at least we connected very well with the spirit there and with their own legacy basically. Yeah, we think a lot about touring, but on the other hand, we are also making new album these days and we’re very deeply into that process. If we went to tour with nemesis, at this point, that would really interfere with a creative process. And being creative is more important than anything else this far. So it feels more right for this band to do some selected shows and perform nemesis in it’s entirety there. If we were to do tours during the autumn, we would really lose the flow that we have writing this new material, and that is still more important, even if Nemesis means a lot to us.

Actually, you just mentioned, was it actually more, so to say, easier time to be creative during the first three records than now? Is it harder now to be creative, not only to record the albums, but also to make them to find, especially parts from the songs, to compose the songs, if you get what I mean? Was it easier actually at that time?

Yes and no actually.

It’s not only about being younger?

It’s probably easier to do something that is new and refreshing in your early stage, because most musicians have an expression that is their own. And after having made and recorded a few albums we have kind of documented the core qualities of your expression. So we cannot really make that element work for you anymore, it’s not gonna continue being new and refreshing to its eternity. And on the other hand, they are born out of creativity and out of creative and innovative spirit. With each album that we make we learn a lot, we improve technically, we get a deeper understanding of the game and we experience new ways of solving things and discovering new possibilities, and we always bring this into the band and let that work as a propel for creativity. So it means that what we are able to do now are things that we couldn’t do fifteen or twenty years ago which gives us possibility on being creative on a different level, that’s why I’m saying yes and no. In many ways if we did these before perhaps it would require more work to do the stuff that we have never done before, but on the other half you also get more experience. We have developed and we have got better, so that works in our favour. 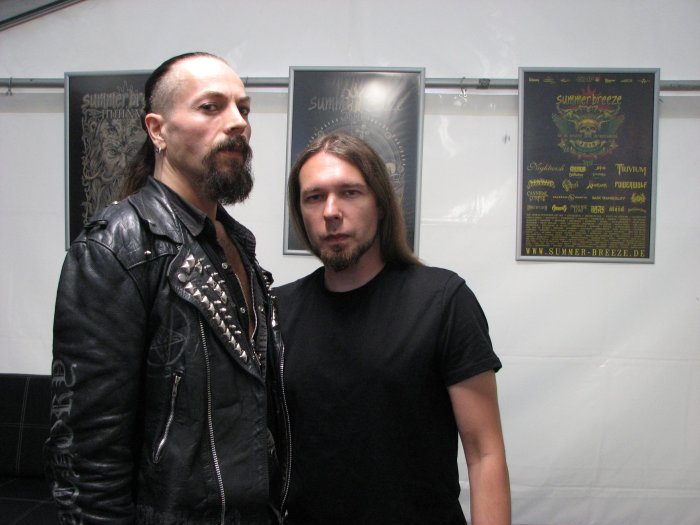 Well I have to ask you, 20 years from Nemesis Divina, even more from the Shadowthrone etc. etc. Perhaps you didn’t imagine at that time that Satyricon will become a worldwide known name when it comes to metal. For example, it’s Summerbreeze, one of the leading bounds, if you get what I mean, or anywhere else. But how do you feel personally? Do you feel any kind of obligation, now that you’re one of the leading norwegian metal bands, when you create songs, or play songs when it gets to Satyricon? Because definitely you are one of the first in the charge, when you say norwegian black metal, people think about Satyricon, people actually think about you in a way…

I feel a very strong obligation, which probably is more than enough. It would be hard to focus to much on the expectations of the world around when you create music. I think that you should pay fundamentally respect to your own band, to your own passion, and to your own work that is perhaps the greatest way of respecting your fans as well, even if many people would disagree strongly. Just to give an example, tha album succeeding, Nemesis Divina was released, than Rebel Extravaganza…There were no end to the people who were really dedicated fans of Satyricon at that point. But they hated the album, couldn’t stand it. And I have met many of those people who were really hateful, and they wanted to tell me that big change has taken a place and now in recent years they have found Rebel Extravaganza as one of their favourite albums of all time. I’ve seen that happen for many people. You shall never be obliged to being appreciated for what you do there and then, at least not if that works against what you really want to do with your band. It’s like that with Satyricon. It’s the band itself that we wanted to represent that matters, not what people wants Satyricon to do, and we know if we create something that many of our fans will have a hard time enjoying, we will still do that and do it with everything we have if we feel it’s right. So, again, to sum it up, our obligation is to the band itself and not to the expectation of people, and we know, at the end, that is what the respect is about. Even in a larger context.

Yes, Rebel was very special at the time.1999 was a really special time, not only for Satyricon, but for other bands as well.

No, it’s quite the opposite. I give more now.

Is it harder now?

I dig deeper. I put more effort in it. Also partly because I’ve done the work that is required in order to be able to give more. And that is in terms of physical work and mental work but also experience. So I think that, at least for me personally, but i think it’s same for the rest of the band, there’s more effort, more labour connected with each show now than it was twenty years ago. It doesn’t really get that much easier even if the organisation surrounded the band…

Even if you have everything?

Many of the same practical and technical challenges we did in the old days, they are still there and probably will never go away but we have more experience dealing with them.

So yes you’re practically dealing with the situation but it’s still the same (laugh). Well, I would like to thank you for the Interview and I wish you all the best.

Thank you very much!