LORD VIGO’s Blackborne Souls is one of the first albums to arrive in 2017, coming from German’s epic doom metallers. In fact, Blackborne Souls is their debut full-length and there’s has been already some talking about the band here and there.Vinz has presented Lord Vigo to our readers… 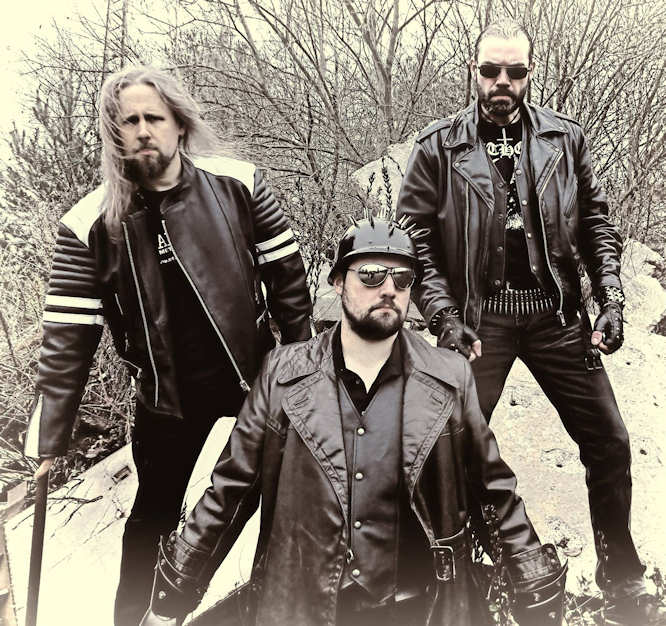 Please, could you present your band Lord Vigo to Metal Sound’s since the band is quite a name at the scene for the most of people.
Lord Vigo is a Epic Doom Band from Germany. We have formed im late 2014 as a three piece with the goal to record songs we always liked to write. We started with the song “Babylon The Great“ and from then on it was clear that it would get good =)
We just continued to write new material and in december 2014 we finshed the recordings of the five songs from our first Demo “Under Carpathian Sun“. We then got Demo Of The Month in the german Rock Hard magazine und got aked to open the “Hammer Of Doom“ Festival 2015. Short after that we got a record deal with No Remorse Records. That is the short story of Lord Vigo =) It is really great to see that we get akes to do interviews und and that people are buying our music! I hope this will go one for quite a while =)

As a matter of fact Lord Vigo has release a brand new record Blackborne Souls so tell us something about a newer record? Could you present it from your point of view?
We started with the new record excactly where we stopped with “Under Carpathian Sun“. We are writing new songs all the time and not just in phases so parts of the new material was already written when the first album was not released. You could hear a progress in the sound and I think it is more focussed. It still has the Lord Vigo sound and the style is the same. Is is maybe a bit more epic and bit more produced. I would call it Epic Metal with Doom parts.

Under Carpathian Sun was your actually first record EP. So could you tell us something about it? It was recorded back in 2014?
Yes we recorded all the material in my studio in late 2014. We relesed the demo on MC as a five track. These five songs where the fist songs we have ever written. I cant remenber how long it took write the songs but it was very fast. Maybe two month or so. We added the bassguitar very late on the final recordings as we planed to do it with only tuned down guitars. But as soon as the bass was added we knew it was missing before. We made a video for the song “Vigo Von Homburg Deutschendorf“ and began to let people hear that we are alive =)  And a prinzip of Lord Vigo is to do everything we can without third people. So we record and mix all of our songs on our own. Only when there is something we cant do oder somebody elso could do it way better we let them do the job.

How would you like to describe your style of playing? I guess that classical epic doom metal would suit quite well. Tell us something about your influences as well.
It is a mix between classic metal and doom metal in a epic way. Influences reaches from bands like Candlemass, Bathory, Manowar to Witchfinder General and so on. We are really tring to do our own thing and not copying a band. It is really hard to stand out of other bands because nearly everything was done yet. One part of our sound is that we do not double everything when we record music. Most of the vocals are single tracks and we do not double the guitar. My personal vision of a great vocals could be found on old Manowar records. As far as I hear Eric Adams has not double his vocals and it sounds great!!

When it comes to Lord Vigo do you have any live shows in mind soon? Are you active actually when it comes to live performances?
Well the next gig will take place at the “Up The Hammers“ Festival this year in Athen. We have played some gig and some festivals and we will continue to do so. We would really like to play more shows in the future so we are always happy when we get asekd to play live. So bookers! Contact us! I think it is worth it =)

Blackborne Souls has already gained some positive comments and reaction. So, how do you feel about all these happenings?
Yes it is great to see that people like the record! We got good reviews and people are waiting to get the record. It feels like we are at least a bit succsessfull =) Not that we make any money with it but that is not our definition of succsess. Sometimes I as myself why dont we have started this years before =). But I think everything has its time. So we hope that when the people will get our album they will like it and that they will keep Lord Vigo in mind. The third album will come =)

I would like to thank you for the interview. Do you have any message for the people who are already delight with your music.
We just released our new video for the track “When The Bloodlust Draws On Me“ so get to YouTube an watch it =) Obey the lord =)