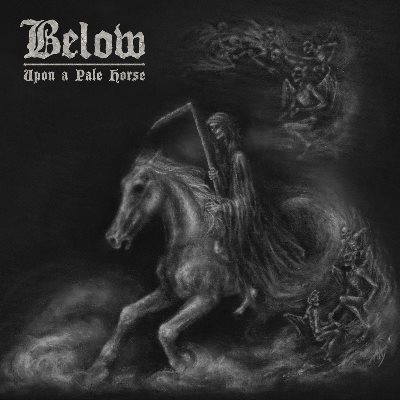 This is the 2nd issue from Below. Already with the first one the band has succeeded to achieve some goals. We could already conclude that Below has made even better record comparing with the debut one, although the debut issue was quite good.

As a matter of fact Below comes from Sweden and the influences here are too obvious. I will name just a few bands like Candlemas or Merciful Fate. In a way, you have quite a lot of tradition stuff happening. Most of the vibes are referring to Candlemas. It seems that Sweden has become one of the leading countries when it comes to more serious metal based on old-school and traditional elements. The heritage is strong, so they do have a sort of heavier and stronger sound and background as well comparing for example to bands which come from Finland with more melodic sound. In fact, bands that come from Sweden has much darker sound so the same goes for Below, too. The riffs are slow, deep and epic and it seems that each track is composed in it own way. Upon a Pale Horse is well crafted album, where every song and single tune has its own role. everything here stand in its own place: from great traditional heavy-doom vocals to slow and epic-doom riffing and vibes. The final result is the perfect shaped record including the well-done and most suitable cover artwork.

So, Below has succeeded to make even better record than the debut one. These Swedes surly has a great potential to offer and unleash and I guessing that they could have a bright future. Some songs that might suit for the faster introducing with this band and their latest offering: Upon a Pale Horse or the opening one The Plague Within.