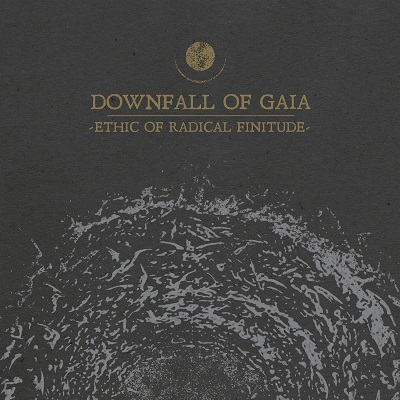 Here we have the 5th full length of German experimentalists Downfall of Gaia and if you have liked their previous outing entitled Atrophy, you have a lot to look forward to with Ethic Of Radical Finitude since it basically develops the sound found on predecessor and takes it even further. If you haven’t heard this troop before, it should be said that they mix cleverly influences of post metal, black metal and sludge into one musical conglomeration that is very open minded and in my opinion they are getting better with each and every release, honing this formula. Ethic Of Radical Finitude possess all the aspects of this sound and it basically sounds like some mixture of harsher moments of Alcest and meanderings of Cult of Luna, or maybe I should say that their black metal is not grim in its core but rather full of melancholic feelings. It is hard to pinpoint what Downfall of Gaia are doing but it is safe to say that they are doing it well. As I have stated before, Ethic Of Radical Finitude features slight changes just to keep band interesting and new once again and for this time I would notice that this is the most melodic / mellow release in the band’s discography. That is absolutely fine in my eyes as these sorrowful melodies are interwoven very cleverly into the abrasive chaos and give to the music a new sort of attraction. Also clean vocals and spoken word passages are introduced for the first time into Downfall of Gaia’s sound so all those things are implicating the direction of the album stated above. It should be also noted that Ethic Of Radical Finitude is not concept album per se but there is one theme connecting all the songs therein and that is the idea of disconnected minds always in search for something more from life. Demanding yet in the same time rewarding experience, Downfall of Gaia have put a lot into the 40 minutes and 6 songs of Ethic Of Radical Finitude so all the fans into the more progressive sides of extreme metal will find something of interest in this release!