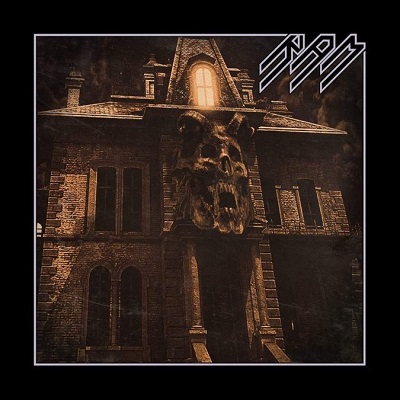 Swedish heavy metal overlords Ram show no signs of stopping their well-oiled killing machine (pun absolutely intended, as I will explain further): this year marks the 20th anniversary of the band, and there is no better way to celebrate it than to release the new album which shows that the band is in great shape. The Throne Within is the name of the new outing, Ram’s 6th full length to be exact, and unlike its predecessor Rod this time this is no conceptual record but every song rather tells its own tale. That is the only change in Ram’s camp, everything else is just like it is supposed to be. That means that Ram did not start to play something else all of the sudden, no – they are still tried and true heavy metal of traditional ilk. There is something I just have to point out: of course it is no secret that Ram is influenced by Judas Priest but for this time the vibe of Birmingham legends is more than heard. Of course we are talking the most about 70’s and 80’s eras and you will feel it both in music of speedy opener The Shadowwork, dramatic ballad You all Leave all the way to production work which will evoke the memories of times when Priest conquered the world with their legendary craft. I do not mean to say here that Ram are mere copycats of any kind – they just took their influences and ran with them to something of their own. Originality of the album could be mainly pointed out by cinematic closer Ravnfell which features guest vocals of Alan Nemtheanga (Primordial) who fits like a glove in overall vibe of the music. All in all, it is more than obvious that Ram are perhaps unsung heroes of the scene. They keep churning out the quality releases for years now but they do not get all the recognition they rightfully deserve. Perhaps things will change with The Throne Within since we are talking here about the album that belongs to top of their discography and for sure one heavy metal album of great quality!