Tulus is one of those bands that comes from Norway and they were found some 30 years ago. They have been more prominent during 90s and during that time of period they have released three quite good record, but yet later they have changed their style (not so much, but it was very common for most of Norwegian bands during that time). We could conclude that their latest records is closer to their first efforts that they have unleashed during infamous 90s. 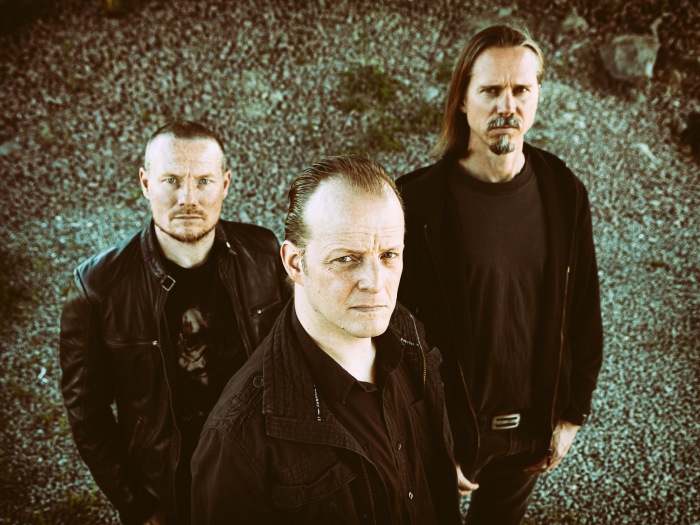 Hello! Tulus brand new issue Old Old Death is just about to be released on Soulseller Records? How would you like to describe your upcoming record?
Yes, I will. 10 new tracks. We wanted to get the old feeling back. From the time we recorded our first album. We wanted that raw, direct, clean black metal approach. And for the first time again since our first album. We recorded the new album live in studio. Whole band playing together. No click track. Pure energy. We are very pleased with have it turned out.

As a matter of fact this is 6th full-length in the Tulus collection so could you say what are the links with the other albums of Tulus?
This links mostly to our debut album. But of course we have the Tulus style of music on all our albums. So after all these years I feel we still can deliver the same style and energy in our music.

Cover artwork for Old Old Death is quite simple, but there’s a beauty in that simplicity. So, what would you like to express by it? It seems that also cover goes perfectly with the music?
Yes, it turned out great. We talked to him about what we wanted. Maxime is also a fan of Tulus. I feel he did a great job on the cover. And also to understand what we were looking for. The layout and the music match good together. That raw, primitive, black metal feel.

How would you like to describe Tulus style? There are obvious black metal references but also there is this black’n’roll moment as well?
Our ground floor is Norwegian black metal. But we add levels in our music. Groove is important to us. One thing that you can keep in mind. Not only us in Tulus but many of the Norwegian black metal bands from the early stage. We grew up in the 70’ and the 80’ with a lot of different styles of rock music that of course had made an impact and influence on us.

We have waited for like 8 years for a 6th full-length of Tulus so why there was such a long pause between your latest records? Any particular reason?
We have worked with other bands. Also that Tulus did not have a record deal. After a long while we felt we wanted to work with Tulus again. We started to rehearse, make new songs, got a deal, booked some live shows. And now finaly things are happening again.

Do you plan to have any shows in a near future here and there or at least do you have any offers to have some? I guess it will be indeed interesting to see the band live anywhere…
Yes, we have booked several festivals and more to come. I think it will be great to perform this live. First of is Finland March 6th.

Tulus is the band that comes from older ranks of Norwegian black metal scene. So, how do you feel about that since Tulus is one of the rarest bands that has survived and continue to deliver music in a recent years?
We like to do this kind of music. All members in the bands are friends from we were young. Its easy for people to always do something new. But for Tulus we have our own style and Tulus is special for us.

There have been so many re-released just recently from Soulseller Records from Tulus so we could take chance and introduce the people with these record if you would like.
Soulseller has re released our 3 first album from the 90’. Our debut Pure black energy from 96’, second album Mysterion from 98’, and third album Evil 1999 from 99’. A lot of people wanted to get this releases on vinyl. It was differcult to get hold of, so now it is availeble for all.