The last interview that I have a chance to do was in 2001 when I was still running my ”Hornburg-The Herald of Darkness” xexored fanzine (those were such times). Later the fanzine has become a cult. The final album of Swedish black/death metallers Mork Gryinng was released some 15 years ago, in 2005. But, the interest in band has remained. And after so many years of silence Mork Gryning has (finally) returned. Anyway, they have just signed a deal with Season of Mist and they will returned in 2020 with a brand new record, the 6th in their discography. The fisrt three records have somehow gained the cult status since the music was indeed great: a brilliant balance between melodious and agression! So, of course we have returned onc emore to make one interview with the guys after almost 20 years. 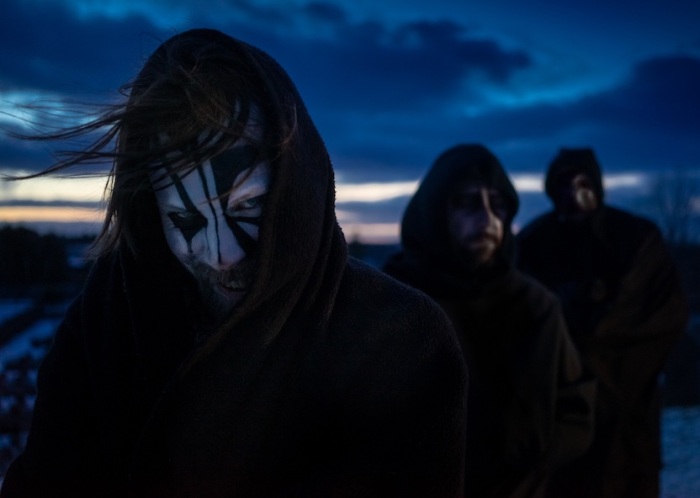 The last time that I got the chance to have one interview with you was in 2001 when you were promoting MG’s third record ”Maelstrom Chaos” (a great record I have to admit). So, I guess that a lot has happened since last time, more or less, 20 years. But, you have returned. So, how did it happened after all these years of silence? It happened during a random night at the pub where Awathar and former live drummer Baron Samedi talked about a reunion. For me it was a “go” but we were unsure of Goth Gorgon who´s living in Germany nowadays. But he gave a positive answer as well so here we are, trying to conquer the world again.

What you were doing during last 15 years since your final record was published in 2005? Waiting for the best opportunity to continue. But also doing other music and other private things in life.

What could you tell us about your upcoming record which will be the 6th in Mork Gryning’s ranks? What could we expect? Who’s now in the band? The album is a creation of the original members, me and GG with some contributions from the other members. Music wise it returns to the melody based and straightforward style as the debute “Tusen ar har gatt” with hellish blast beats alternated with epic pagan rhythms and acoustic breaks. The full live line-up is: Draakh Kimera-Lead vocals/Guitar; Goth Gorgon-Bass/Backing vocals; Awathar-Lead Guitar; Aeon-Keyboards; C-G-Drums

When do you plan to release a new album for Season of Mist and do you plan to have some more promo gigs in order to promote the record? The new album will be released by Season of Mist. Hopefully during this fall. So we have a tour booked in the U.S. beginning of May, then Steelfest Open Air Finland mid May. And there are of course more opportunities that we are currently looking into.

The band has become a sort of a cult though the last years so how did you manage with that especially when we are talking about your first three records which were indeed great. We didn´t of course have any ambitions in creating something that would be classed as “cult” later on. We have only created things for ourselves and what we believe in, without having anyone telling us how we are supposed to do. And we are of course going to work that way also in the future.

As a matter of fact you’re also involved in so many other bands some. Some of those bands were even power metal ones like Wyvern. So, I guess all these bands are projects have seized to existence. Wow! Not many people mention Wyvern! We were all young and restless and wanted to do a lot of things but not anymore so yes, all projects has more or less ceased to exist.

Could you comment from your point of view Mork Grytning 5 records. A few words about each full-length would be nice if you could recall some interesting moment and your view on records, too.
Tusen… – Straightforward and melodic. Recorded and mixed during only five days at Unisound. We were very unexperienced how to record in studio but we were well prepared. I even had fever when recording the drums. Lyricwise an antichristian concept album.
Return Fire – Straightforward and RAW. Recorded at Sunlight. We picked up a lot of our early influences from bands like KREATOR and NAPALM DEATH on this album. We wanted to give the f-finger to the ones complaining that we were not “trve” to the scene. Lyrics: Anti-mankind and war. A tribute also to SLAYER with a cover of “Necrophilliac”.
Maelstrom – Violent and brutal back to the concept of melodic black metal. Lyrically about occultism, death and horror. We drank a lot of alcohol but still managed to do one of our tightest albums to date. Recorded at Grieghallen, Norway.
Pieces of primal…- Experimental with contrasts. This album is underrated and was released before it´s time. To understand this album you need to listen very active. We were tired of the BM-scene and wanted to do something totally different so the music and lyrics are a bit different. We recorded this at studio Dugout so this album has a huge register if you listen to it loud. For the first time we had producers: Daniel Bergstrand & Örjan Örnkloo. Usually I record the drums at one or two takes, but the producers was killing me by telling me to improve every take. It was hard but I learned a lot.
Mörk Gryning – I was not on this album so I cannot give any personal comments about the recording and writing. But I think there are a couple of great songs as “Ingen dyrkan”, “The sun” and a cover of AT THE GATES “Neverwhere”. Neverwhere is one of the best cover songs I´ve ever heard.

Since you have signed a record deal with Season of Mist now does it mean that there will be some re-releases and re-prints of your previous works both on CD or LP soon? I could only hope for it. Me too. I think Season of Mist will have an interest in this as well…

I would like to thank you guys for your music and I really looking forward towards a brand new offering and of course, to see you somewhere live! Well thanks to you too for this interview. Yeah, let us know if you´ll be around at any of our gigs and we´ll have a beer and talk.