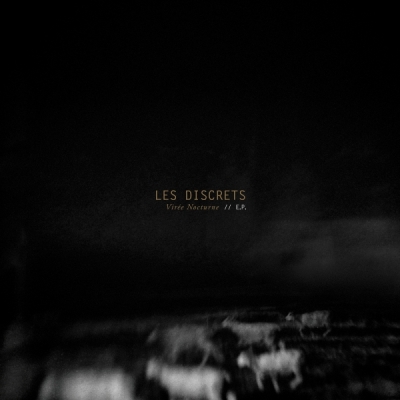 It has been a while but Les Discrets, brainchild of Fursy Teyssier, is back with the new EP just in time for Prophecy label festival which in the same time serves as an announcement for third Les Discrets’ album entitled Prédateurs (release to be expected in early 2017). Virée Nocturne serves as a completely new chapter for Fursy as he has been announcing his departure from metal/rock for a long time now and this EP certainly proves his words. Inspired by such artists as Portishead, Lana Del Rey, Massive Attack, Ulver or M83, Virée Nocturne represents complete abandonment of heavier sections and employment of atmospheric keyboards, rhythm machines and string instruments. Everything is set to create melancholic atmosphere and in that aspect Les Discrets have not lost a step in their art; by the way I think that fan base of this band consist of people who are fairly open minded so this change of music will not make some waves among them. What bothers me is the fact that Fursy has left the style he found some originality in after all for something that is not so special. You can hear two new songs, one demo and one remix on Virée Nocturne and primarily those two new songs does not strike me hard as their magnificent first two full lengths. I have nothing against mentioned inspirations for EP, actually I love them all (yes, even Lana) but Fursy is simply not as exciting in this genre as these tracks sound already heard before. You can find a video for title track online for the proof of my words, we will have to wait for the full album to get the final impression but for now I am not that optimistic….