Well, as far as I remember everything has started with one more band before these two major acts appear but, yet I cannot recall the name of that one. Never the less, they were quite ok for the warm up. The problem was that I was having the interview with Carach Angren so I miss like half of the show and the name of the band as well 🙂 As far as I could recall they were very much like Behemoth. But, anyway when Carach Angren arrived at stage they delivered such a great show, much better show comparing to one four years ago in Budapest. More or less, CA played many popular songs from their four albums and I was quite astonished by their show, both visually and sound-wise. I am not so much into Fleshgod Apocalypse’s music but, yet they were quite good and interesting with all this stage appearance and the songs were quite good, too. Definitely, I would like to see FGA one more time. Also, I’ve to add that the hall was quite full during both shows. All in all, one cold, but amazing (black) metal night! 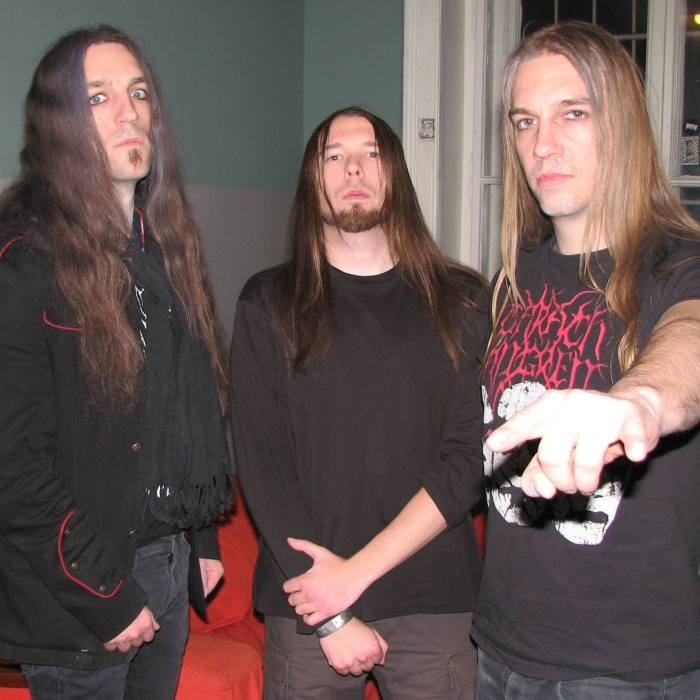 Perhaps one of the best shows when it comes to the field of Norwegian pagan black metal. Both bands did quite a great shows. While Kampfar show was very grim and dark like on the other hand Borknagar performed some songs that were quite catchy. But, nevertheless, Kampfar had a mighty opening with their Viking hymns. Of course, both bands are complete different from so called pagan metal scene, their aims and achievements very different from other happy tuned groups that sing about the glorius battle past but, yet, they dodn’t know how to handle the sword or an axe… So, the show had its own atmosphere, more noble so to say. Borknagar performed the songs mostly from their first 4 records , but they also added few more songs from their later career. So, we were able to enjoy some great tunes like The Oceans Rise, Colossus, The Winterway, The Eye of Oden and alike.

A night to remember that’s for sure. It was such a nice show. Both bands were indeed great but, of course, Primal Fear has taken the stage with great, pure HM energy ! Brainstorm has delivered quite a good show playing most of their hits from previous career and some new stuff as well. But the true stars of the night were masters of HM tunes: Primal Fear. Ralf Sheepers, Mat Sinner and co. attacked us with many furious tracks like The Final Embrace or Chainbreaker from their debut recordings, but somehow it seems that true highlights of the night were ballad like songs like Fighting the Darkness. Of course, Primal Fear has delivered that night many songs from their brand new record, too. The sound and the audience were indeed marvelous and awesome! One of the best shows that I have seen for some time, surly with the most effort and energy unleashed!

The show has started with Iron Mask. The band was quite ok, but I’ve to admit that I think they were better on their records comparing to live performance. Nonetheless, they added some of their best songs so it went more or less fine and the audience was quite ok. There was even a fine reaction to some of the iron Mask’s songs here and there. This was my second time that I have a chance to watch Luca Turilli live with his new band (with some old members), and I have to say that the first show was more focused on Rhapsody songs and good old Luca’s hits. This one was more focused on his new record, but, nevertheless they have played of the old tracks from various records of Rhapsody or solo Luca Turilli’s career (Land of Immortals, Demonheart, Emerald Sword, Dawn of Victory). And the end of the night the show turned out to be indeed marvelous and spectacular! Don’t get me wrong here but it will be always welcome if he could incluse more of the older Rhapsody’s stuff since they have become part of the cult.

I have to say that I had a chance to visit two shows that night, and between Therion and Tribulation I visited second one. I really don’t know why but it seems that I’ve become tired of Therion’s shows… Never the less, Tribulation has delivered perfect set of the songs and it was truly grim evening. I’ve spent some time with the guys before the show doing some chat and interviews, and after that i was able to see Tribulation and before them Grave Pleasures. My focus was on Tribulation since it was finally my first time to see them and they have played some of the best songs from their brand new record Children of the Night but they also added few songs from their previous albums, too. Perfect Vampire evening in Budapest ther’s no doubt about that! looking forward to see them on forthcoming festivals in 2016!

Well, one of the best shows, with such a power and enery, that I have a chance to see definetely in 2015. Such old, nostalgic so to say emotions were there. Nick Holms, George Macintosh and co. have delivered spectacular concert unleasing some of their best efforts from various parts of indeed marvelous and rich discography. I have already chance to watch PL during 2015 two times, but these were festivals, and this was full show. The sound was indeed perfect and the venue more than welcome for such an evening. Hard to pick the best songs, but the band was more focused on their newer material from the fresh album. So, the show has started with No Hope in Sight and then continued more or less in this matter, but PL has also performed some of their old stuff like Enchantment, Widow, As I Die and Say Just Words. Everything was more than perfect that night, aperfect evening full of nostalgia for 90s:Icon and Draconian Times 🙂

It was my third chance to see Stratovarius on their tour dates and it was the best thus far. I really have enjoyed in their show. But, the night has began with Gloryhammer. The guys are more fun than serious but never the less it was more or less fine if you take this band just for fun and most of things today are just for the sake of having some nice fun. But, Stratovarius were obviously the head liner of the show and they have showed why they are still on the throne. They added to their set list some songs from the old era like Black Diamond or SOS, but they also performed many song from their newer career. The show was just perfect both musically and technically.

Probably one of the best shows of Guardians that I have seen thus far. I have to say that they were indeed amazing.  Especially when it comes to the songs from the new album they succeeded to deliver them in the best possible way. Also, they played many songs from their previous records as it is usual. So, we have enjoyed in various stuff from their earlier recordings like Majesty, Nightfall, Traveler in Time, Welcome to Dying, The Bard’s Song or the closing one Mirror Mirror.  So, I am still very eager to check out their new stuff live since this show has proved that they still got so much to offer after all these years. Technically it was one of the best shows in 2015! Interesting pint is that there was lots of people oht there, even bigger crowd has gatthered comapring to some previous times when they have performed in the capital of Serbia.