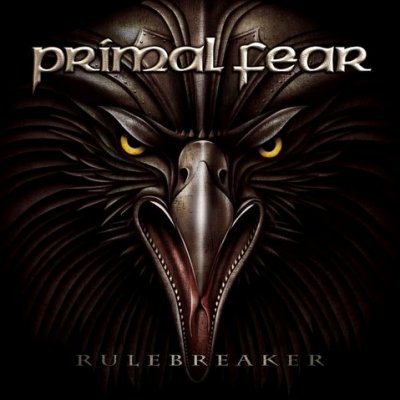 Well, I have to honest here that I truly was expecting some more aggressive stuff, material much more done in the veins of their previous work like powerful release Delivering the Black, but never the less, their new record Rulebreaker is also a good written piece of work, but, yet not their best one. This one is more done in the veins of Sinner. So, we could say that Rulebreaker is more Sinner’s album than Primal Fear’s one.

A brand new material actually do not bring anything new to discography of Primal Fear: it is more a record that stands between some records less aggressive and more into rock way. So, if you adore true HM record you could love this one. Of course, the album is well done, but yet if we compare it to their older stuff especially their debut records I think that it is weaker moment in PF career.

There are some highlights of course like ballad like The Sky is Burning. This one sounds indeed great if you have a chance to see the band live somewhere you know what I am talking about. Classic song written in the best PF way. Also, Bullets and Tears sounds quite promising. So, what more to add about Rulebreaker: if you adore Matt Sinner and co. you will probably like their new stuff as well, but if you observe their albums from different angles I think that there are better records than this one. The choise is yours.