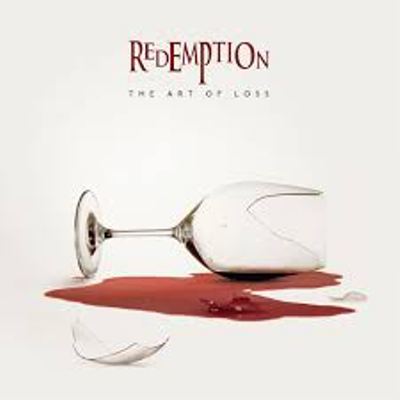 LA prog masters Redemption are truly one band made out of warriors that are willing to go through thick and thin to get their art across: just when group’s mastermind Nick Van Dyk got out of his battle with cancer, in 2014 Bernie Versailles got diagnosed with aneurysm; luckily Bernie went through the worst part of it but he is still recovering and that slowed down Redemption a bit. Their last album This Mortal Coil was released back in 2011 so it was due time for new material and happily, all is not that bad in Redemption’s world since they have scored a contract with one of the best labels in metal world. Metal Blade is their new partner and the first fruit of this collaboration is Redemption’s sixth studio album aptly titled The Art of Loss. What should be said about the album at the beginning is the fact that, in Bernie’s absence Nick looked for some help on the guitars and he reached some of the biggest players in this realm. Marty Friedman, Chris Poland, Chris Broderick (seems like a ex-Megadeth guitar players’ annual reunion) and Simone Mularoni have all enriched The Art of Loss with stunning solo work while John Bush is present for duet with Ray Alder on the cover of The Who song Love Reign O’er Me. All those star players have certainly boosted The Art of Loss with their little something but they could not work over nothing, so let’s look on the basic music presented therein… I must say that in this period where we all have listened to new stars of prog like Leprous, Agent Fresco or Caligula’s Horse who brought something new to the table, it certainly feels fresh to listen to one album like The Art of Loss. The music could be called traditional prog metal (oxymoron, I know) but the quality of the music just make us older fans of this style feel right at home with this release, which is even better bearing in mind that boring new Dream Theater album. The Art of Loss truly does not bring anything revolutionary to the table but the compositional and musical skills of all the players involved truly makes it a worthwhile experience all around, as simple as that. There are only two things that boggle me a bit about The Art of Loss: first off, I feel that Ray Alder’s registry has decreased a bit in the last few years which shows on this release, it feels like he is singing lower all the time with only a few outbursts of higher tones which is sad when one remembers older Fates Warning albums. My second gripe is the production of The Art of Loss, nothing too bad about that but the rhythm guitars coud have used a bit more punch if they have asked me… But all in all, The Art of Loss is totally worthy release of Redemption’s name so for the end, I can just hope that Bernie gets well soon and the band can promote the album in the way it deserves.